From August, 1973, to June, 1974, I lived in the Eba neighborhood of Hiroshima. Since I generally worked only half-days, I often spent time in the afternoons just walking or biking around the neighborhood, usually with camera in hand. Most of the adults were shy around me, but the kids were, well, kids. Sometimes shy, sometimes rude, sometimes goofy and usually curious about something. 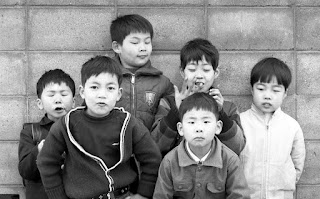 One winter afternoon I heard a commotion and followed the noise around the corner where I came upon a most curious sight. A wizened old man bundled up with a coat, scarf, hat with furry earflaps, and facemask stood next to a peculiar machine on a pushcart surrounded by the neighborhood kids. I had never seen such a contraption before and had no idea what it was all about. The kids were all excited and very attentive, jostling for positions close to the machine. 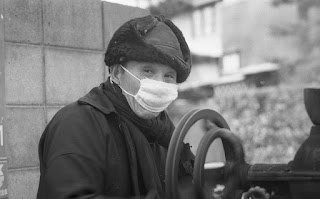 I didn't want to distract the man or the kids, but I had to find out what was going on. One of the older children told me it was the pongashi man and that it was very good. That wasn't much help since the word pongashi  [ポン菓子] was not familar, so I proceeded to watch. The soot-covered contraption began to spew smoke and steam and, before long, a loud POP, loud enough to scare at least one little girl. 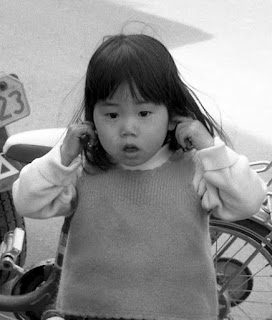 Pretty soon the kids were handing small coins to the man in return for little containers of popped rice. Yes, pongashi is kind of like Rice Krispies or popcorn, only instead of salt and butter, it is coated with a sweet goo, more like kettle corn.  On second look, the contraption did look something like a popcorn machine, only mounted on a wheeled cart and looking like it never got cleaned. 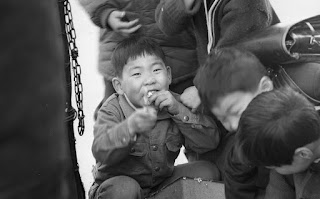 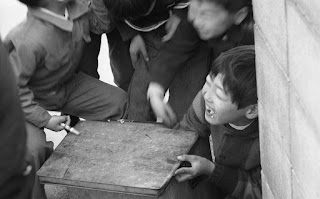 The kids obviously loved the pongashi. I could barely remember being so excited over something so simple. Now I assume the Pongashi Man has gone the way of the Fuller Brush Man. What a loss.

Posted by Larry Rosensweig at 3:32 PM