In 1973-74 while living in Hiroshima, I traveled widely throughout the four main islands of Japan: Kyushu, Honshu, Shikoku and Hokkaido. The following images are mostly landscapes and beauty spots, ranging from formal Japanese gardens to seaside hamlets on the Japan Sea coast. Other posts will focus on people and places of specific interest.


Shukkei-en is a beautiful stroll garden, originally built by Lord Asano in the 17th century in what is now central Hiroshima, very near the reconstructed Hiroshima Castle and ground zero. The garden, too, had to be reconstructed after the atomic bombing. Nearby Miyajima is best known for the large torii gate situated in the water before Itsukushima Shrine, but it has a number of other beautiful spots. I have visited the island on many occasions and especially enjoyed its quieter, less visited locations.


Akiyoshidai Cavern is located in Yamaguchi Prefecture, not too far from Hiroshima. Inside it was dark, as you might imagine, but the entrance/exit is quite spectacular. 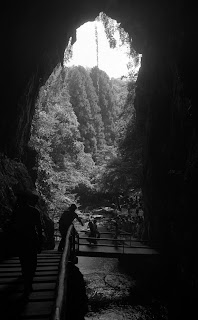 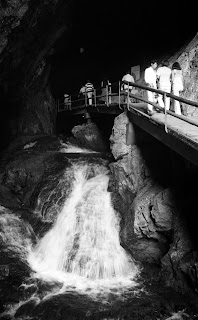 A fellow former student in one of my Japanese language classes was a Catholic priest in Tokushima on the island of Shikoku. On a visit with him, we toured one of the great daimyo stroll gardens of Japan: Ritsurin Park in Takamatsu. It dates back to the 18th century when it was the private garden of the Matsudaira family. Now it is a 130-acre public park enjoyed by thousands of people on a beautiful day. 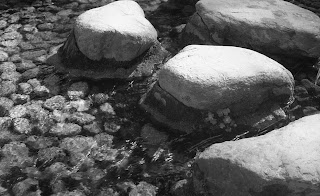 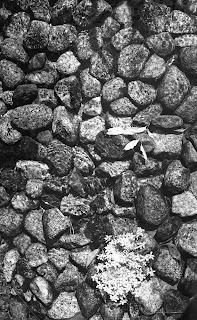 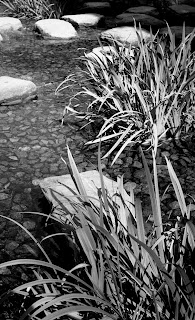 As I made my way south and west along the Japan Sea Coast, I spent a day hiking by myself on the Noto Peninsula in Ishikawa Prefecture where I came upon this isolated hamlet, gorgeous rocky coastline, and seaside rice field. 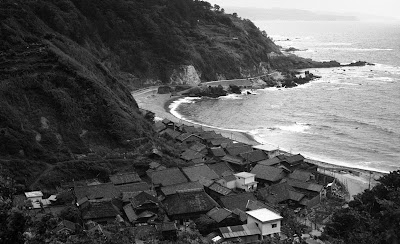 Mt. Aso in Kumamoto Prefecture on the island of Kyushu, while little known outside Japan, is actually one of the world's largest volcanoes with a rim some 75 miles in diameter. The central active peak, Nakadake, continues to spew steam and smoke.
The northern island of Hokkaido has wide open spaces. Although most of my photos from Hokkaido have disappeared, I love this long row of larch trees. 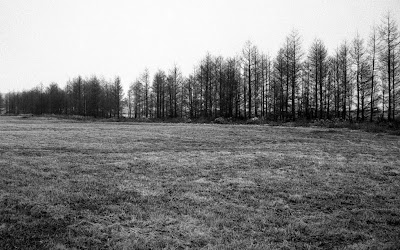 Among the most beautiful sights to seen in a Japanese autumn is a field of susuki, or miscanthus, in the late afternoon sun. 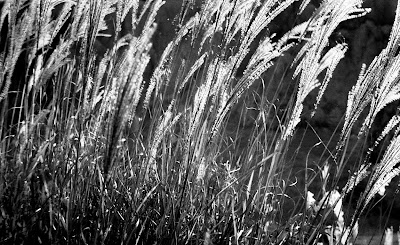 Rice fields take on vastly different appearances depending on the time of year. Flooded in the spring, with seedlings beginning to develop in early summer, full and ready for harvest in the fall or, as below, after the harvest. 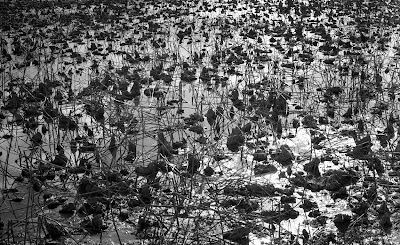 What would a series of travel photos of Japan be without Mt. Fuji? 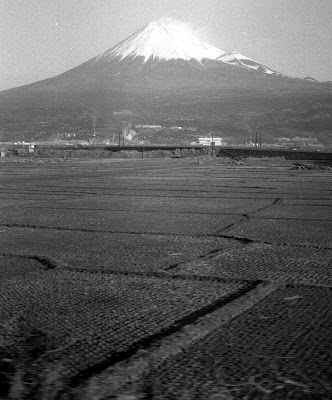 Posted by Larry Rosensweig at 4:04 PM